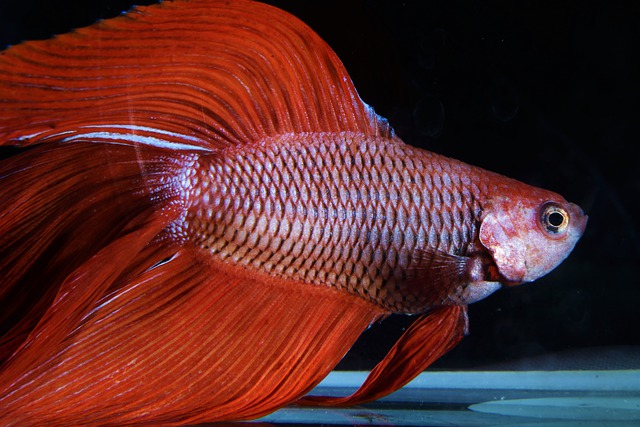 The Betta fish AKA the Siamese fighting fish is a very popular fish amongst beginners in fish keeping.They are actually one of my favourite fish along with the awesome Bristle-nosed pleco. These fish are more commonly known as the Betta fish nowadays rather than the Siamese fighting fish. They are known by this name because the Latin name for them is Betta Splendens. These fish are favoured for their beautiful shape and their stunning colours.

Before purchasing one of these cool-looking fish it is worth doing your homework on them. With a name like ‘Siamese fighting fish’ do they really like to attack other fish? Will they be suitable for a communal tank? I will answer these questions and fill you in with all you need to know about the Betta fish.

What is the Betta Fish?

The Betta fish originates from southeast Asia. They are stunning-looking fish with vibrant colours and long sleek fins. Only the males will grow long flailing fins, the female fins are a lot shorter in length and duller in colour. Siamese fighters as the name suggest were originally bred for fighting over 1000 years ago. Since then they have been domesticated and are very popular among aquarists.

In a perfect habitat, the Betta fish should grow to around 6 to 8 cm long. They will also live on average between 3 and 5 years as long as the conditions allow it. They can live longer than that but it is fairly rare for them to do so. The Betta will often go to the surface of a tank and is capable of jumping out. So be sure to have a lid on the tank and keep it firmly shut.

The Right Tank For Betta Fish

Across the globe, Betta fish are bred and sold in containers as small as jam jars. This is NOT good practice and is totally unacceptable. Like with all fish tank size matters. It kind of goes without saying the more space any fish have the better. Betta’s are no exception. For a single Betta go for a tank no smaller than 5 gallons in size. If you have the room to go bigger then that’s fine.

In the wild, Betta’s natural habitats are small shallow bodies of water. For this reason the depth of the tank isn’t as important as the length of the tank. So length over depth every time. Betta fish are quite intellectual and inquisitive, so be sure to get some plants and ornaments in there as well. As I mentioned earlier be sure to keep a lid on the tank. They are prone to jumping out.

When it comes to the water parameters for the Betta, they aren’t too fussy. Aim for a PH between 6.0 and 7.5. As long as it is somewhere near to this you should be ok. Their homeland of Thailand where they live in ditches, paddy fields, and small streams is rather a warm place. This should be replicated in their tank. Keep the temperature around 75 – 86F or 24 -30C. This will help to keep your Betta fish fit and healthy.

The Right Food For Betta Fish

The Betta fish is mainly carnivorous, for this reason, they will need plenty of protein in their diet. Pellets specially formulated for Betta fish are quite a good base for their diet. Then to accompany the pellets you can add live food or frozen food. This will include foods such as Mosquito larvae, Bloodworm, Brine shrimp, and Mysis shrimp. It is quite a common fault in beginners to overfeed their Betta fish. This can lead to bad health, disease, and in some cases death. They really don’t need a lot of food to remain healthy. A couple of pellets a day with a small offering of frozen or live food will suffice. Betta fish are renowned for being fussy eaters. If they don’t like the food you are feeding them then you will have to change it to something they do.

It is worth mentioning that Betta fish can live up to 2 weeks without food. So if you are leaving your fish for a day or two do not put extra food in the tank. This will cause them to overfeed and will cause more harm than good.

The Difference Between Male And Female Betta

When Betta fish are young it is extremely hard to tell a male from a female. You may have to wait 8 weeks or so before the differences are noticeable.

One of the first things to notice is the colouration of the fish. Generally speaking the male will be a lot brighter and vibrant with colours such as blue and red. The females will be a lot duller in colour.

The next thing to look at is the fins. A male’s fins will be a lot larger than a female’s. This is a general rule but some breeders will actually breed females with larger fins.

Female Betta’s develop something called an egg spot. This is located near the ventral fin on the underside of the fish just below the head. It is very small and white in colour. not much bigger than about 1mm in size. Even though it is only the females that properly grow these egg spots, males can grow false ones. So it isn’t a 100% way of sexing a fish.

As long as the fish is fit and healthy, body shape can be a good indication as to what sex it is. To the untrained eye, this method may be a bit harder. But generally speaking, the male’s body is long and thin whereas the female’s body is shorter and rounder.

Do Betta Fish Have To Live Alone?

The worst fish to keep with a male Betta fish is another male Betta fish. They tend to get very territorial and will keep fighting until there is a weaker one. Then in time, the weaker one will almost definitely end up dead. Female Betta fish can be kept together but there will be a hierarchy. For this reason, it is advisable to have a shoal of at least 5 fish. This will ensure the Alpha female will spread her aggression across the whole shoal and not just on one fish. Betta fish can be kept with other species but research is needed. Fish such as Khuli loach, Neon tetras, Clown plecos and Cory catfish.

Why Do Betta Fish Make Bubbles?

If you have a tank with male Betta fish in it, you may end up seeing a cluster of bubbles on the water’s surface. Do not worry, this is a good sign of a healthy-fit fish. This cluster of bubbles is actually called a bubble nest and is part of their mating process. Once the male fish has created the nest he will then go in search of a female. Once he has successfully spawned with a female she will release her eggs. The male will then scoop them all up in his mouth and put them safetly in the bubble nest.

The bubbles will keep the eggs nicely oxygenated until they hatch. This usually only takes a few days. During that time the male fish will guard the nest with his life. The male Betta can build these nests on quite a regular basis, this is a good thing to see and shows he is happy in his surroundings.

Betta fish, are a cool-looking colourful fish to have in your aquarium. Due to their slightly aggressive nature research is needed when choosing tankmates. With a bit of care and attention, these fish can make excellent pets for beginners and experts alike.

Do Betta fish have teeth?

Yes, Betta fish do have teeth. They are very small and hard to see. Betta fish after all are mainly carnivorous and eat small insects and worms. They will also use their teeth for biting other fish’s fins when fighting.

Can Betta fish get bored?

Yes, they most definitely can get bored. Boredom can cause stress and can make your fish very poorly. Make sure they have plenty of room and plants and ornaments to keep them entertained.

Betta fish certainly can breathe air. This is due to an organ they have called the Labryinth. In southeast Asia where they originate, most of their habitats are very low in oxygen. By breathing in the air it enhances their chance of survival. 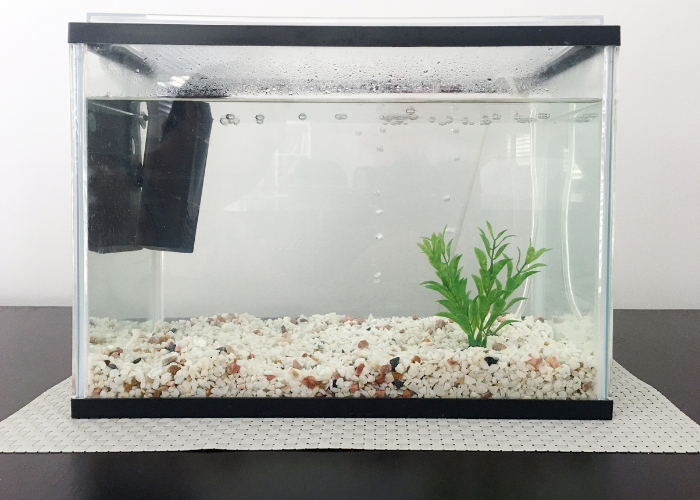 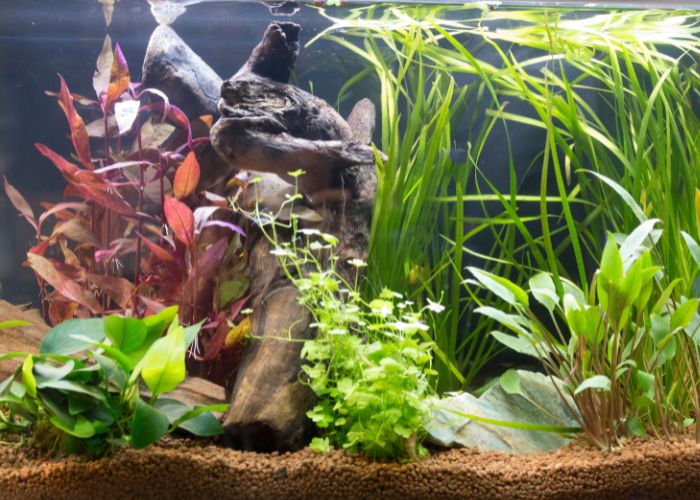 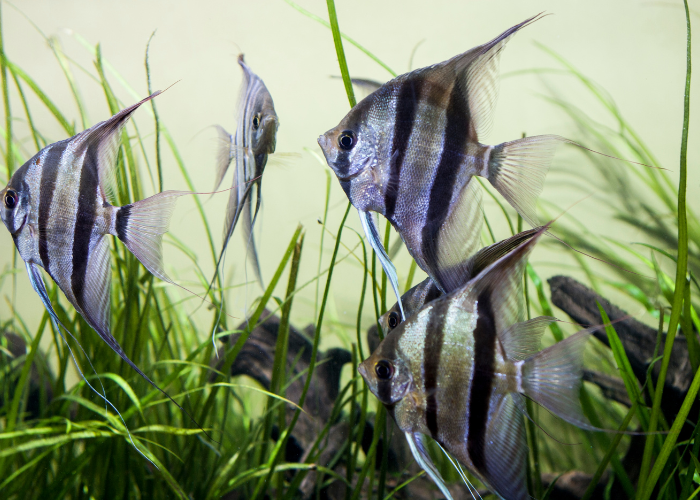